Cloud computing is taking the business world by storm. Despite this, not every organization has made the switch. While every company that hasn’t yet migrated to the cloud has their reasons, one big reason often tops the list: the perceived lack of cost 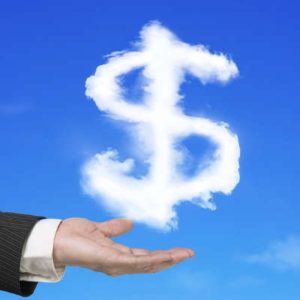 savings. Thanks to a new study, this perception is now proven to be inaccurate.

The study was performed by John Burke, analyst and CIO of Nemertes Research. In it, he looked at real-world scenarios of enterprises hosting their workloads in-house vs in the cloud. Though his findings have yet to be finalized, he collected enough information to provide InformationWeek with a formula that businesses can use as an indicator of predictable cost savings to be found in the cloud. The formula is as follows: “With an IT staff person as the unit of cost, the enterprise data center workload costs $23 per IT staffer compared to $18 of IT staff expense for a workload in the cloud.”

Suffice to say, the computing needs of every organization are unique, so this formula may not apply exactly to your own business model. We should also note how past attempts to get a lockdown on a predictable cost savings formula for cloud computing have been difficult. This is due in part to the pricing models varying between cloud providers, especially when it comes to the different combination of resources utilized by SMBs.

Despite such variations, Burke has confidence in his preliminary findings. Delving further into the study, Burke found that the greatest cost savings come from workloads requiring more scalability due to extremes in traffic. Compared to workloads that are more predictable, Burke says that these models “may or may not be less expensive to run in the cloud.”

For companies looking to maximize the savings found in the cloud, Burke has some advice. \”Don\’t expect to save money with the cloud unless you\’re willing to change what you\’re doing with the cloud – re-architect applications or develop cloud-native ones.\” To put it plainly, organizations willing to refactor or re-engineer their workload have the most to gain by migrating to the cloud. An example of such a move is using a cloud database service instead of setting up a database virtual server to run the service continuously.

Therefore, business owners looking to find significant savings by migrating to the cloud need to tailor their expectations accordingly. Simply migrating a workload to the cloud in an effort to duplicate its operational characteristics, though beneficial in many ways, won’t yield your budget much in the way of cost savings. To take full advantage of how the cloud can save your business money, you’re going to want to work with an IT professional to find ways to re-engineer the workloads of your current operations. This will take extra time and resources for the technician to familiarize themselves with your company’s IT system so they can enact the changes needed. Although, seeing as such changes will result in improved efficiency and cost savings, it’s a move that’s well worth the expense.

Because Busy Business Owners Shouldn’t Have to Worry About Technology

Tip of the Week: Spot Spyware on Your PC Before it Spots You