Botnets are a growing concern for businesses all over the world. Between massive DDoS attacks that can knock out servers, and hordes of remote-controlled zombie computers that are subject to a controllers’ whims, businesses have a lot 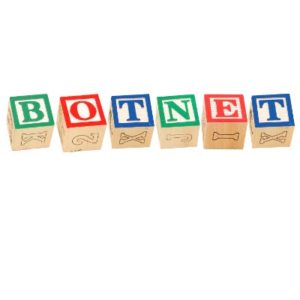 to worry about. Has your business fallen victim to a botnet in the past, and what can you do to keep it safe in the future?

For those who are unaware, botnets are often-malicious groups of infected computers that serve a single host server. These computers are slaves to the command-and-control server, and can serve a variety of purposes. Owners of infected computers often can’t tell that their systems have been infected in the first place, and find out the hard way when their computers don’t perform as intended. These computers will then continue to spread the infection for as long as they can. In the event of a DDoS (Distributed Denial of Service) attack, these infected computers constantly ping a website or server to overwhelm it and bring it down.

Perhaps one of the most dangerous qualities of today’s botnet attacks are how accessible they are for just about anyone who wants to use them. DDoS-for-hire botnets are particularly popular and available at a reasonable price, even for the average user, and they require virtually no experience to pull off. These easily-purchased DDoS botnets are estimated to be behind up to 40 percent of all attacks on networks.

Though it’s safe to say that many of these attacks are caused by those who want to make a little chaos, there are, of course, more powerful botnets that can normally only be utilized by government agencies and criminal organizations due to their hefty price tags. These botnets are capable of producing massive DDoS attacks of up to several GB/second. Corero Network Security has found that there has been a significant increase in attacks of 10GB/second or higher, at about 25 percent.

It’s more likely that the type of botnet you will encounter in the wild is the zombified botnet, which recruits other computers into the fold and coerces them into doing its bidding. These botnets are often used to send spam or spread malware, with the goal of infecting as many systems as possible. When their reach is always increasing, it gradually becomes difficult to contain such a vast network.

Due to the nature of botnets and DDoS attacks in general, it can be challenging to protect your business’s network from them. Having security solutions in place can keep threats that would spread malware to your system away, but the botnets that are known for assaulting servers and networks with traffic are a different story. These are often automated and difficult to track. It takes someone who’s watching your network at all times to do anything about these attacks.

Tip of the Week: 2 Free Tools That Will Read Your Text for You