You’re already a business owner, but let’s say that you want to pick up some new skills. You want to be known as an expert in a new field, and you’re pretty dedicated to doing so. Perhaps you’re familiar with the 10,000 hours rule, which attempts 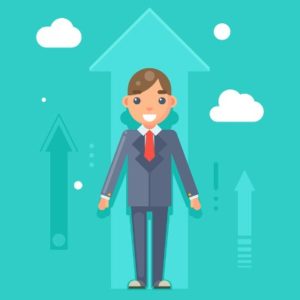 to explain how someone becomes a master of a particular craft. Well, we hate to burst your bubble, but this rule might not be as simple as it sounds.

The 10,000 hour rule claims that in order to learn a craft and develop world-class skill, one has to have at least 10,000 hours of experience working with the skill. The original report, published in 1993, found that the most accomplished students at a music academy in Berlin had put in an average of 10,000 hours of practice by the time they turned 20 years old. It seems simple enough, right? You put in plenty of practice and you can possess a world-class skill.

Why it Might Be Wrong
In his new book, Anders Ericsson (who worked on the original report), along with his co-author Robert Pool, attempt to further understand and isolate the science behind the 10,000 hour rule. They came to a number of conclusions concerning the nature of the initial study:

The Lesson: Practice Makes Perfect, Not Necessarily Time
There are a few lessons that can be learned from the 10,000 hour rule, but none of them actually have anything to do with 10,000 hours of practice specifically. They can still, nonetheless, be very helpful when learning a new skill and applying it to your life.

We think it’s safe to say that you can’t become an expert in a craft overnight, and that even successful business owners have skills that they can dramatically improve by focusing on the right things.

Tip of the Week: Be More Efficient With These Windows 10 Shortcuts