Confusion about computer viruses is almost as prevalent as the viruses themselves. With this in mind, here are some 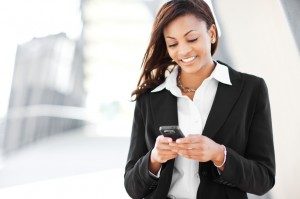 common myths about computer viruses that need to be debunked once and for all.

Mobile devices are just as vulnerable to viruses as personal computers when left unprotected. Threats can come from malicious apps, text messages and websites. As the number of minutes users spend per day on smartphones increases, hackers are turning their attention to mobile malware. Yet according to CNBC, only 14% of smartphone users have installed an antivirus app.

Many people mistakenly see text messages as safe, so they think nothing of clicking a link in a text, even if they don’t recognize the sender. But just as “phishers” send links requesting personal information via email, “smishers” (phishing via SMS, or Short Message Service) send links requesting personal information via text. Never respond to requests for your password from links.

While it’s true that fewer threats are targeted at the Apple platform than at Windows, it’s not true that Apple users are somehow safe from viruses. In the past, there were comparatively few Macs in use, which reduced the risk somewhat. But the iPhone has awakened interest in Apple from users who previously had no experience with it, and where there are increasing numbers of users, there are increasing numbers of hackers.

This is a common misunderstanding about firewalls. Their purpose is to keep networks and computers connected to the network secure, but they don’t scan for viruses. Install anti-viral software on your computer and keep in mind that since viruses are constantly being written in an attempt to bypass anti-virals, your anti-viral must be kept up to date to be effective.

Myth: Computers can get viruses without the user’s help.

Computers cannot infect themselves with viruses, but often the user doesn’t realize that what she or he is doing is risky. Users do have to physically open an infected program or visit a website that hosts the virus and download it, and often they’re interested enough in the content to ignore what should be red flags. Websites that include illegal or adult content frequently host viruses.

Myth: You can remove a virus by reinstalling Windows.

If only it were that simple! Copying your files onto a hard drive, reinstalling Windows, and copying your files back could rid your computer of a virus – as long as the virus isn’t in the files you backed up. If it is, you’ll re-infect the computer when you replace the files. Avoid installing programs from sources you don’t know or trust, and only download add-ons and plug-ins directly from the browser’s app store or the developer’s website.

Remember that when you use free wi-fi at a coffee shop, airport, or hotel, you are relying on the security of that wireless network. Avoid checking your bank account, as well as any other account you use a password to access. If you’re guilty of using the same or similar usernames and passwords for multiple accounts, an identity thief could take advantage of that even if you refrain from accessing particularly sensitive information during your session.

It Pays to Outsource Your IT