The popularity of security software has required malware distributors to be clever with their delivery methods. This is why rogue security software exists, and why you need to be absolutely certain that your network doesn’t have these fraudulent programs installed. 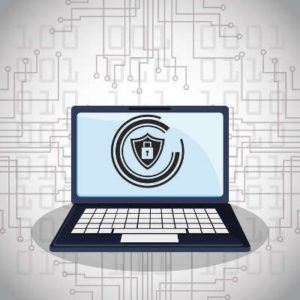 The concept of rogue software is very simple: online security and its importance have only grown in urgency in the last few years, especially with the news being filled with story after story of the damage the latest hacking attacks have caused. Therefore, when a message appears claiming that a virus was discovered on their computer and they need to download the latest “antimalware” tool (that is actually a malware delivery package), the target often clicks “Okay” without hesitation.

Technically speaking, rogue security software of this type is classified as a form of scareware, a classification it certainly lives up to through its reliance on intimidating its victims with tales of detected malware infections. The fact that these pieces of rogue software often earn their propagators a commission for spreading them, doesn’t make the situation any less concerning.

One rogue security software scam includes the software reporting viruses that aren’t there, or, even worse, were put there by the software itself. On the other hand, some of these programs will intentionally fail to report issues on your PC so that these issues can continue to propagate without your knowledge. Some programs even prevent legitimate antivirus software from updating, or can go so far as to prevent the user from visiting the websites of legitimate antivirus vendors.

Law enforcement has begun to take steps against these kinds of software, but due to a slow start on their part, your own vigilance is still your best defense. Kaspersky Lab has a useful list of known rogue security software, providing a list of software to avoid.

Tip of the Week: How Using an Inconspicuous SSID for Your Wi-Fi Deters Hackers

Tip of the Week: Get the Most From Your Company’s Email With These 3 Tools