It turns out that the old adage “iron sharpens iron” is true and it applies to the modern workplace. This, according to a new study by Harvard Business Review, which found that the productivity of a worker can be enhanced by an average of ten percent simply by having them be in close proximity to someone who’s more 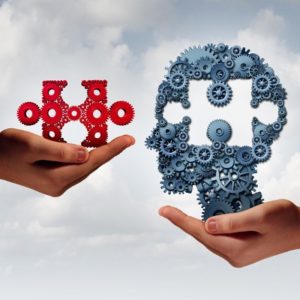 productive than they are.

For employers looking to get the most out of their workforce, a revelation like this can help determine the makeup of teams, and even the layout of the office. If a business owner were to take this study’s findings to heart, they could go so far as to strategically arrange the office in such a way that the hardest workers are placed near employees who could, well, benefit by the shining example of their more dutiful peers.

To give you an idea of how this works, here’s a summary of the study taken from the Harvard Business Review website: “We saw that neighbors have a significant impact on an employee’s performance, and it can be either positive or negative. In terms of magnitude, we found that approximately ten percent of a worker’s performance spills over to her neighbors. Replacing an average performer with one who is twice as productive results in his or her neighboring workers increasing their own productivity by about ten percent, on average.”

If this study has motivated you to pull up a spreadsheet of worker productivity and develop a new seating chart, then you’ll want to be careful to implement this in such a way that your well-intentioned plan doesn’t backfire on you. While the study highlights the possibility of a productivity boost by having workers at two different levels sit next to each other, it also mentions how the opposite can be true: the “impact on an employee’s performance”… “can be either positive or negative.”

Essentially, the iron-sharpens-iron principle also means that a sharp worker can be made dull by a not-so-sharp worker. Therefore, you’ll want to consider additional factors besides just productivity when pairing up two employees, like a worker’s motivations (or the lack thereof). If a worker is inexperienced yet highly motivated, then sticking them next to a high performer will help show them what it takes to be productive and they’ll adjust their work habits accordingly.

Alternatively, an unmotivated and obstinate worker won’t be impressed by their colleague’s work habits, and may even negatively influence their motivation and outlook on the company. In a lowest-common-denominator situation such as this, you would be better off isolating a motivated employee by providing them with their own office or cubicle, or even giving them the option to work remotely.

Thinking along these lines, it may be more beneficial to view motivation as a primary organizing principle, seeing as an increase in productivity can’t happen without it. In fact, it stands to reason that a workforce made up of motivated employees will influence and challenge workers of all levels to reach for even higher levels of productivity. For your part, the more strategic you are about creating a work environment where influence is intentional, this will in turn enhance your bottom line.

Finally, while this study pertains primarily to workers sitting next to each other in an office, we would like to point out that TS Tech can provide technology for your enterprise that can achieve the same goals. Tools like cloud-based collaboration software and communication solutions provided by VoIP have the potential to extend an employee’s influence well beyond their desk, allowing for your A-players to be in constant contact with several less productive team members, thus inspiring even more workers to try harder and do better.

Tip of the Week: Prevent Random Restarts in Windows 10 By Setting Up an Active Hours Schedule