With the use of portable personal music players and streaming services like Spotify, Google Play Music, and Pandora, unobtrusively listening to music in the workplace has become much easier–but has it also made it easier for employees to 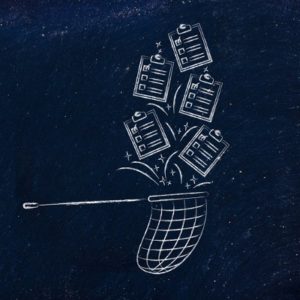 be more distracted from their tasks? Additionally, assuming that music does create a boost in productivity, why does it do so?

Research has shown that, depending on what variables are present in the environment and what the employee is engaged in doing, music can either boost or hinder productivity levels.

One such variable was the nature of the task itself, and how much cognitive creativity and focus it demanded of the employee. The process of checking email certainly doesn’t change very much as it progresses, but developing a proposal for a business transaction very well might. In cases where a task is mostly repetitive, studies have shown that listening to background music does show notable benefits to both employee performance during such tasks, and how efficiently the task is completed.

Another hypothesis is that (especially in the increasingly-popular open office spaces) productivity may be boosted simply because the headphones employees use to listen to music also help to drown out the other distracting factors present in the office environment. These other distractions, whether they’re caused by equipment noise or coworker conversations, can break employee focus and disrupt tasks. Naturally, if these distractions are blocked out and overpowered by a consistent environment created by music, the employee will be less likely to shift their attention to the distraction, and instead, be more likely to stay focused on their work.

Despite the boosts to attentiveness that listening to music can provide to someone performing a relatively mundane, basic task, someone trying to focus on a new or complicated process will most likely find that even the most subtle tones can be horribly distracting. These effects can be made worse if the song is unfamiliar to them; worse still if there are lyrics involved. After all, the first instinct many will have when encountering new music (especially music with lyrics), is to focus on the tune as part of their overall critique of the music. In fairness, studies have indicated that tasks involving parts of the brain that don’t deal with verbal language can be benefitted by lyrical compositions–designing and developing software, for instance–but it may be safer to stick with exclusively instrumental pieces.

Of course, every worker is different. Some may not be bothered by lyrics or new music being introduced to them, others may find that these common distractions are uncommonly distracting. As a result, it may not be a bad idea to give your employees a few options to take advantage of until they can lock down how their own auditory secret sauce is composed.

Run your Business, not an IT Company

These Innovative Technologies are Helping eBay Move Beyond Passwords