There’s no questioning that smartphones have done wonders for the world of business. Yet, some workers aren’t willing to adopt smartphones, and prefer their unbreakable nostalgia-filled flip phones. 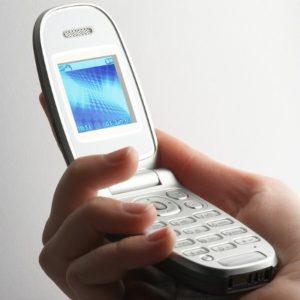 As reported by the Wall Street Journal, Americans are purchasing more flip phones now than ever before. Research firm IDC found that, compared to last year’s sales of 24.2 million flip phones, 2016 has seen an increase of nearly 2 million more devices. That’s a pretty significant increase, but why would someone want a simple flip phone when they can have all of the bells and whistles of a smartphone?

Believe it or not, depending on your industry and work role, there actually is a case against smartphones. Here are a few reasons why a simple flip phone might potentially be a smarter investment.

Simple is Better
For all of the smartphone’s benefits, like web browsing, mobile applications, email, and other advantages, it’s easy to see why inexperienced users would shy away from such a complex technology. People who aren’t familiar with how modern technology works are thankful for the simple dial interface – plus, people who aren’t familiar with technology probably don’t have a use for all of the extra features on a smartphone, anyway.

Some Organizations Require Privacy
Some job positions are so rooted in the privacy of their work that smartphones aren’t even allowed. For example, someone working for a defense technology company may not be able to have a smartphone for the express purpose that it makes it so easy to share confidential information. What would happen if someone used a camera phone to take pictures of machine parts or blueprints for slick new anti-aircraft weaponry? Information like this would be valuable and could be sold on the black market to the highest bidder.

Durability
Many smartphones are attempting to slim down their designs to accommodate the demands of consumers; less bulk. On the other hand, this makes them easy to break. If you dropped a smartphone on a concrete floor, would it survive the fall? We know a flip phone would–considering the fact that they’re built out of what seems to be adamantium.

Hackers, or Lack Thereof
More smartphones are getting hacked every day, and despite popular belief, they are quite vulnerable to being targeted by hackers. This is thanks to their ability to connect to Wi-Fi and other wireless technologies, like Bluetooth and Near Field Communication (NFC), as well as the ability to download suspicious apps and browse the web. Since a simple flip phone can’t really do any of these things, despite its lack of functionality, it’s much more secure than the modern smartphone.

There you have it; reasons why a flip phone might not be such a useless investment. However, most business professionals likely aren’t willing to forsake their smartphone for a taste of nostalgia. While we accept that smartphones aren’t going anywhere, it’s important to realize where they fall short, and to patch up their weaknesses. To learn more about how your business can better take advantage of its mobile technology, contact RJ PRO today at 209.920.4077.

Tip of the Week: 4 Ways to Make Sure Workplace Instant Messaging Enhances Productivity

Loss of Data: Causes and Prevention