What you watch on TV says a lot about you; so much so, that you might be creeped out if we told you there are others who know exactly what you watched, without your consent. Sound too invasive to be true? Well, for 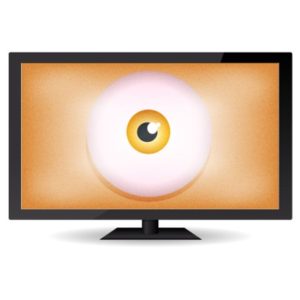 the 11 million owners of Vizio televisions, this practice has been going on for some time now.

Vizio (which was acquired last year by LeEco) was fined by the Federal Trade Commission for collecting data on its users about what their televisions were displaying, down to the second! To make matters worse, this monitoring extended beyond the built-in smart TV apps. Literally, whatever the TV displayed, Vizio knows. We’re talking over the air broadcasts, cable set-top boxes, the TV’s IP addresses, even DVD players.

The fine levied against Vizio by the FTC totaled $2.2 million. Plus, a federal court ordered Vizio to delete any data it collected before March of 2016. Prior to this date, Vizio TV owners were uninformed by the company of the data collection practice. Now, however, Vizio’s customers can find information on the company’s data sharing practices in the automated content recognition section of their TV’s settings menu.

To help make amends, Vizio began sending users on-screen notifications on viewing data collection practices, a feature they initiated before the settlement was announced. Vizio General Counsel Jerry Huang said in a statement, “Instead, as the complaint notes, the practices challenged by the government related only to the use of viewing data in the ‘aggregate’ to create summary reports measuring viewing audiences or behaviors. Today, the FTC has made clear that all smart TV makers should get people’s consent before collecting and sharing television viewing information and Vizio now is leading the way.”

What was Vizio doing with all of this detailed data? In a best-case scenario, the company would use data on the product’s usage to better understand the resilience of its hardware (like how often the TV is turned on and off) so they can make improvements on future models. Although, it’s more likely that the collection of such detailed data was sold to partners for marketing purposes. Data collection practices like these make for a very lucrative industry, so it’s no stretch of the imagination to see how Vizio would want a piece of this pie.

While the ethics of data collection can be debated, it’s clear that, in retrospect, Vizio would have been better off giving customers the option to opt in or opt out of its data collection practices. Does the revelation of Vizio’s actions make you think twice about how you use your own Internet-connected devices? Or have you let go of any semblance of privacy long before the FTC handed down this ruling?

Your Plate is Full Enough. Updating Software Shouldn’t Be on It

Tip of the Week: Tips and Tricks for Running Smooth Meetings