It’s a tough lesson to learn, but almost any company is susceptible to cyber-attacks that take advantage of any security setup’s weakest link: the people involved. This lesson was most recently learned the hard way by two unnamed tech companies that fell victim to a phishing campaign that was allegedly run by Evaldas Rimasauskas, a Lithuanian man 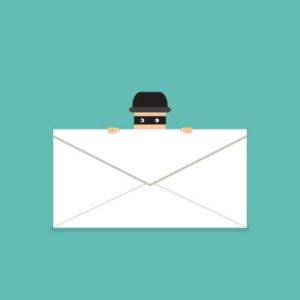 accused of stealing $100 million from them.

As Acting United States Attorney Joon H. Kim said, “This case should serve as a wake-up call to all companies–even the most sophisticated–that they too can be victims of phishing attacks by cyber criminals.” These words are only made more impactful by the fact that all the public knows about the two companies is that one of them is a “multinational online social media company” and the other a “multinational technology company.”

Rimasauskas is accused of orchestrating a phishing scheme that intended to sway his supposed victims into wiring large sums of money into accounts that he controlled in Latvia and Cyprus. According to the U.S. Department of Justice, this was accomplished by establishing a company in Latvia with the same name as a computer hardware manufacturer based in Asia, and telling the targeted companies that utilized the Asian computer manufacturer’s services that there were still balances to be paid. Once these funds were transferred, it seems that Rimasaukas would quickly disperse them into numerous other global bank accounts.

Due to his alleged use of these practices to defraud the two plaintiff companies, Rimasauskas faces a count of wire fraud potentially worth 20 years in prison, as well as three counts of money laundering, also worth a maximum of 20 years each, along with a single count of aggravated identity theft that carries a mandatory minimum sentence of two years in prison.

This story has two major takeaways: the first has to do with the victims of this scam. Although they are not named specifically, they are specified as multinational. This means that they are almost certainly very large companies, and the fact that they have elected to remain anonymous suggests that they are easily recognizable. Companies of that scale have the means and opportunity to protect their assets, but despite these companies most likely having these protections in place, Rimasauskas (or whomever was responsible) still managed to bypass them by exploiting the human element these companies had in place.

This only goes to show that every company, regardless of its size, is only as secure as its weakest security feature allows. When the company can be described as small or medium-sized, it becomes even more important to ensure that its defenses are universally held to high standards, especially when the human element is involved. To combat this, you must be sure that your staff knows the ways to ensure company security by heart. In essence, you have to be sure that your workforce isn’t any less security-oriented than the rest of your security is.

The second takeaway has to do with the methodology used to extract so many funds from the defrauded businesses. Hackers are human, after all, and as a result will more than likely take the easiest path to reach their goals. For every attacker that prefers to go after a few large, high-value targets, there are plenty that don’t mind having their ill-gotten gains coming in from many more, much smaller targets. If given the choice between figuring out how to work around a company’s cybersecurity or moving on to find an easier target, the hacker in question could very well move along and leave that company untouched.

However, if all the hacker has to do is write a few deceptive emails and set up a few bank accounts, they are much more likely to stay with that target, take what they can, and move on to another unfortunate company to do the same.

Therefore, the lesson here is that the basics of cybersecurity can’t be ignored in favor of just having enterprise-level security solutions in place. Very rarely are companies breached due to a highly advanced-effort, more often, it’s because there was an overlooked issue that the perpetrator took advantage of.

Don’t Assume Your New Device is Free of Malware