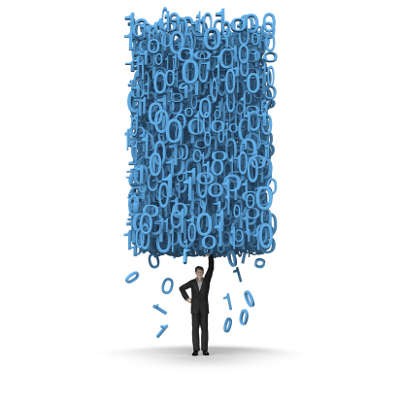 Due to recent legislative activity, the rules and regulations that the Federal Communications Commission put in place to protect the personal data of Internet users have been struck down. This change now allows ISPs, or Internet Service Providers, to sell the browsing information of their customers to advertisers without consent–a move many consider to be a

threat to net neutrality. This is what you need to know.

After a heavily partisan 215-to-205 vote in the House of Representatives and an equally partisan 50-to-48 Senate vote, the decision to allow ISPs to freely sell their customer’s browsing data passed, with President Trump signing it into law shortly afterwards. The previous set of rules that were in place did not bar ISPs from selling browsing data to advertisers, but they did require the ISP to secure permissions from users to do so. As a result, the rules previously implemented by the FCC were terminated, as many who opposed them argued that the Federal Trade Commission (FTC) should be the entity with jurisdiction. This is an opinion shared by the current FCC Chairman, Ajit Pai, who supported the strikedown of these rules.

However, the FTC is currently prohibited from regulating ISPs, and no action has been taken to enable them to do so.

Political opinions of this matter are heavily mixed. On the one hand, those opposed to this new rule said that the browsing history of the consumer was the consumer’s business, and that there was no reason to share that browsing history with the ISP. Issues of privacy were also brought up, in the argument that a user’s medical or financial history could easily be surmised by the searches they execute.

On the other side of the aisle, those in support stated that the rules as they were before gave an unfair advantage to search engines and social media by allowing them to collect data that informs their advertising. As a result, it can be said that the government would be interfering with the free market. These rules also required notifications to be dispersed to customers in the event of a data breach, potentially leading to “notification fatigue” in the consumer.

The issue essentially boiled down to whether a company whose service you pay for should be able to take the same liberties with browsing history as a company that offers their services for free with the implicit agreement that they can sell your browsing data in return. The other major difference: ISPs have access to a much wider swathe of data than the search engines do, and could therefore profit off the entire history of their customers, rather than just their searches and social activity.

As the ISPs have claimed, this information could presumably lead to a more individualized and convenient browsing experience that brings the products and services a user has shown interest in to the forefront. However, many who opposed this ruling are simply uncomfortable with the thought of that much of their personal life being available to a corporation.

There are also many concerns about the prospects of this collected data falling into the wrong hands, especially considering that these rules will allow data from even sensitive and private materials, like emails, to be harvested and sold. What’s scariest is that this data wouldn’t even need to be hacked anymore to be used by someone with less-than-noble intentions. They could simply buy it.

Many ISPs have said that they simply intend to switch the opt-in option to an opt-out option, but many areas in the United States have limited options when it comes to selecting an ISP with decent services. In many cases, this means a user could easily be stuck with a provider that doesn’t necessarily provide that option.

What do you think? Is this enough to be considered an invasion of your privacy, or is this move set to improve your browsing experience through targeted ad delivery?