Windows is perhaps the most common workplace computing tool, and hackers have been trying for decades to uncover holes in its security. In some cases, like with unsupported operating systems, they’ve succeeded. However, Microsoft’s 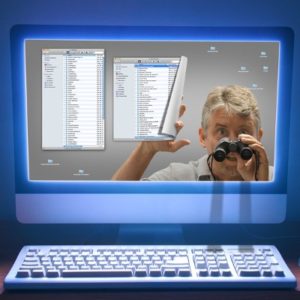 latest addition to their OS family, Windows 10, seems to have exceptionally potent built-in security measures, many of which have the hackers at the Black Hat conference scratching their heads and scrambling to find threats to talk about.

During Black Hat, the annual hacker convention in held in Las Vegas, Windows 10 was lauded as perhaps the most secure Windows operating system in decades. It was agreed that Windows 10 is much more difficult to break into than its older brethren, but like any software, nothing is impossible with enough funding and research. The Black Hat presenters discussed potential ways that Windows 10 could be hacked, and how Windows 10 makes it more difficult for attackers to breach its systems.

Windows 10 Uses Built-In Anti-Malware Tools
Windows 10 has what’s called the Antimalware Scan Interface (AMSI), which is designed to identify and capture malicious scripts in its memory. Your applications can access the information stored in the AMSI, and can use it to protect your systems. For example, Windows Defender and AVG use AMSI. The primary reason why the AMSI is a huge problem for hackers is because most of their attacks utilize some sort of script. Of course, the AMSI is a valuable tool, but it still needs secondary security protocol (like antivirus or remote monitoring and maintenance) to keep your network safe. While it’s great for detecting scripts executed in PowerShell (since PowerShell records logs), it still requires someone to regularly monitor the logs in order for it to be most effective.

Active Directory
Active Directory has long been a critical part of how Windows administration works, and recent innovations have allowed for the management of workloads through the cloud and identity and authentication management on in-house networks. Microsoft Azure puts Active Directory to good use, allowing for quality security for any Azure-based cloud platform. The problem with AD, though, is that any user account can access it unless the administrator has limited these permissions. Your IT administrators need to restrict access to AD and control authentication procedures for it.

Virtualization
Virtualization-based security features a set of protocols that are built into the hypervisor of your Windows 10 OS. Basically, Hyper-V can create a virtual machine that stands separate from the root partition. This machine can then execute security commands as needed. Hyper-V creates a machine that can’t be compromised, even in the face of hacking attacks that target the root partition. It’s a way to minimize the damage done by data breaches, but it only works if the credentials aren’t found in the root partition. IT administrators, therefore, need to ensure that these systems cannot be compromised.

Eventually, there may come a day when Windows 10 experiences a dangerous flaw that’s exploited in the wild. Hackers are always trying to undermine security measures, but Microsoft engages these attacks with patches of their own, so it’s an endless cycle. Hackers will inevitably find ways to crack Windows 10’s innate security, so it’s your responsibility to complement your OS’s security with your own solutions.

Free up Android space with these 6 tips

Tip of the Week: Your Chromebook Can Do More Offline Than You Thought it Could