Whether we like it or not, memes have had a profound effect on how the world’s population views current events and popular culture. In part, this is thanks to the prevalence of the Internet, which has fostered these absurd images and provided them an outlet to flourish. Due to how viral they are, it would be foolish to dismiss them as inconsequential; in fact, 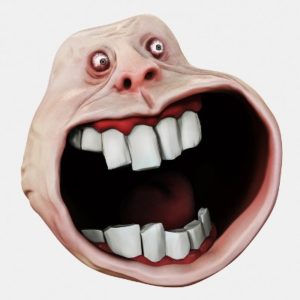 when leveraged properly, memes can make a statement about your business and its specific brand.

The term “meme” is actually much different from what we’ve come to know over the past few years. Richard Dawkins, a British evolutionary biologist, coined the term in his 1976 book The Selfish Gene. Its official definition is “an idea, behavior, or style that spreads from person to person within a culture.” It was originally meant to discuss the way that ideas and values are passed on and adopted by people within a society. The evolutionary idea of a meme is based on sporadic and random change, but the Internet meme spreads in a much different way. Basically, what happens is that an Internet meme “hijacks” the original intended purpose of an image or video, and changes it to mean something else.

In other words, the Internet meme takes something popular that was originally used somewhere else, and transforms it. Many memes use images from popular culture. Take, for example, the “Futurama Fry” meme. It uses a funny picture of the show’s protagonist in deep thought, and uses it to explain a situation filled with confusion or indecision.

Another classic example is the “Matrix Morpheus” meme, which places text over an image of Morpheus from The Matrix to describe a revelation. According to KnowYourMeme, this meme often “belittles futile or petty behavior.”

Some memes are often funny simply because they aren’t funny. For example, the “Anti-Joke Chicken” explicitly aims to find humor out of something that’s honestly not all that funny. The beginning text often tells the beginning of a joke, but instead of a hilarious punchline, it regresses into an obvious statement–usually something that makes logical sense, or something unexpected.

Making memes that you can use for your business is easy and free. In fact, it can even be fun, if you’re doing it right. There are plenty of meme generators online that you can use to make silly pictures. However, you should take these thoughts into consideration when making memes to either share on social media, or to send to your coworkers.

Stay Relevant to Your Goods or Services
If you want to use memes for your business, you need to first figure out what theme you want it to follow. It should be aligned with the services that you offer.

Use the Right Image
Once you’ve figured out the theme for your meme, you can proceed to find the right image for it. We recommend doing some research and looking at examples of previously existing memes, but be warned; the Internet has many memes, many of which may be offensive.

Keep the Audience in Mind
Your memes should appeal to your target audience, especially if that audience consists of young people that frequent the Internet.

Be Funny
At their very core, memes are meant to be funny and humorous. If they aren’t, you’re not doing it right.

Share it on Social Media
The point of a meme is to bring light-hearted attention to your brand and to be shared. You can do both by exposing it to many followers on social media.

For an example of how you might apply a meme to the real world, we’ve made this one using the “Disaster Girl” meme character:

Two notes: 1) Get your point across by finding a meme character that’s relevant to your goods and services, and 2) Use a combination of humor and a call to action to inspire action from the viewer. If you found this on your social media news feed, would you laugh at it? We hope so.

So, have we managed to pique your interest in Internet memes? Let us know in the comments, and be sure to subscribe to our blog. Also, leave your favorite memes; we like a good laugh.

What Can We Learn From the Library of Congress’ Recent Hack Attack?