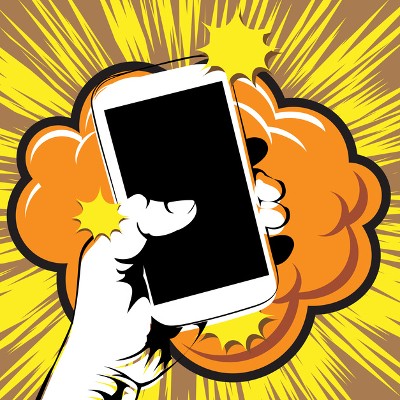 Samsung has put out a global recall on their Galaxy Note 7 devices and a moratorium on any being sold after reports of exploding batteries came in. This recall–which is being considered the highest-profile recall in the history of consumer technology–comes at one of the worst possible times for the company, as they had just managed to gain some momentum

after a run of mediocre mobile growth.

The issue lies in the batteries themselves. According to an anonymous source, Samsung sourced the batteries from manufacturing plants in China and Korea, and the issue has only been reported to occur in devices from the location in Korea. Malfunctioning batteries explode when the device charges, and has been reported to Samsung at least 35 times. This has led Samsung to estimate that 1 in every 42,000 devices sold will experience the issue, but the company has elected to recall all models as a precautionary measure.

As a result, Samsung will face some considerable consequences–not the least of which being the task of replacing over a million devices, as the company promised with the announcement of the recall. In addition, the company will need to do some serious damage control when re-releasing the phone to assure customers that the problem has been fixed, as well as dealing with increased competition from the iPhone 7 (though the latest model has to worry about the ongoing complaints citing its lack of a headphone jack).

If you have a Samsung Galaxy Note 7, Samsung has a page going over your options based on your carrier.
http://www.samsung.com/us/note7exchange/