Hackers are notorious for committing cybercrimes and exploiting what seems like everybody and anybody. Yet, just as 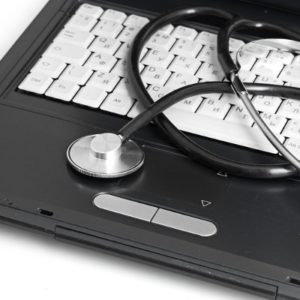 there exists honor among thieves, there’s an unwritten rule within the hacking community: leave hospitals alone.

Of course, if you’re familiar with the activity of hackers, then you’ve perhaps heard of stories of hospitals and healthcare institutions getting hacked. To be sure, any organization handling healthcare records makes for a tempting target to a hacker. These records contain very personal and sensitive information that can be sold for big bucks on the black market (this is one reason why protection laws such as HIPAA are put into place). However, if a hacker chooses to act on this impulse, they do so at the risk of being shunned by their own.

While it’s one thing to stealthily steal files from a hospital server unit, it’s even more of a dastardly deed for a hacker to unleash a ransomware attack on a hospital network. This is due to the fact that attacks like ransomware will disable a computer until a ransom is paid to the hackers. As you can imagine, if a hospital were to have any of its equipment taken offline, then patients in critical condition would be unable to receive the care they need until the system is back online. Potentially, a move like this could result in death.

What could motivate a hacker to attempt a hack where human life is on the line? For the hacker attempting such a hack, it’s perhaps because the crisis it creates makes for a higher chance of a payout. Compared to hacking a business that’s prepared for a ransomware attack and can afford to brush it off and lose a few hours or a few days-worth of data (depending on when the last backup was made), hospitals must act as quickly as possible to get their system back online, which very well could mean paying the hacker.

What’s worse, even if a hospital pays a hacker’s ransom, there’s still no guarantee that they will regain control of their system, which could translate to a significant loss of life. Given the possibility of such a sad situation, it’s easy to see why hackers will blacklist any of their peers known for going after hospitals. After all, where do the hackers go when they get sick? That’s right, the hospital.

To give you a hacker’s perspective on the matter, ZDNet references a forum where hackers discuss, get this, the ethics of hacking. “Yes, this is pretty sad and a new low. These ransom attacks are bad enough, but if someone were to die or be injured because of this it is just plain wrong.”

While these words may be somewhat comforting for a hospital administrator to hear, keep in mind that there are some hackers who disregard any form of ethics altogether, so the risk is still there. Also, for the average SMB not associated with healthcare, there’s likely no “hacker’s code” protecting your organization from being targeted. In fact, regarding the typical SMB, hackers can build a pretty solid case on why they should pull the trigger on a hack attack.

Therefore, whether your business is in the crosshairs of hackers or not, every organization needs to be prepared and have a security solution in place that can withstand such attacks. This defense plan must include a way to defend against even ransomware, which means backing up your data with BDR and having a means to restore your backed up copy as quickly as possible so that downtime is at a minimum.

Why Managed IT Makes Sense for Busy Business Owners