Medical technology has allowed for vast improvements in the way that conditions are treated. For example, the pacemaker allows some people with heart conditions to live longer and more comfortably. However, a European research team has 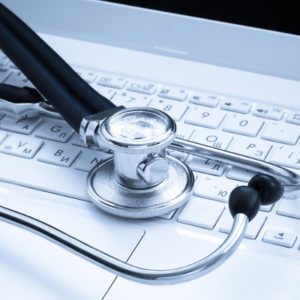 concluded that even pacemakers are susceptible to being hacked, with deadly results.

The researchers made a note to describe the dangers of using implantable cardioverter defibrillators, from a hacking standpoint. Many modern pacemakers have the ability to communicate with other devices. While this capability is designed as a benefit to the patient, allowing the devices to be examined without an invasive surgical procedure, it can have dire consequences if hacked. If the patient is away from the doctor’s office within two hours, the pacemaker can still receive signals from other devices, thus making it vulnerable to a cyber attack.

Hackers can send a signal to the pacemaker that keeps the device from returning to “sleep mode,” which is what makes it vulnerable to exploitation. By analyzing the signals sent to the tested devices, researchers could spot various ways that a hacker would use this exploit. The results varied from draining the battery’s life to stealing personal data that may be stored on it. In other words, the hacker can make the patient’s life rather difficult by either turning off the device, or stealing data and using it to steal their identity. Hackers could even activate the pacemaker’s resuscitation shock without need, jolting the heart and making things difficult for the victim.

There are at least 10 different types of lifesaving devices that are vulnerable to this simple exploit. In fact, the hacker doesn’t necessarily need to know anything about the device itself. The reason why these devices are so vulnerable is thanks to the manufacturers not believing that pacemakers are clear targets of cybercriminals. This led them to release the devices without the IT security necessary to prevent these targeted attacks. The lesson learned: “Nobody will consider pacemakers a target,” is no excuse to use lackluster security.

Keep in mind that this study was conducted by researchers, rather than hackers. Still, have you ever considered the fact that your organization could be at serious risk? Some SMBs are under the impression that their small size means that they aren’t a target. However, most hacking incidents aren’t targeted events, and are instead massive campaigns meant to infect anything and anyone who happens to click on the wrong link. Furthermore, all businesses have some data that’s worth stealing, like employee records and financial credentials, and it needs to be protected properly.

Hack a Hospital and Get Blacklisted By Other Hackers

What’s the Government Doing to Protect Your Tax Returns?