How often have you grumbled as you’ve reached for a charger at 2 in the afternoon as your smartphone clings to its last moments of life? If you’re anything like the typical user, quite often, but Android has attempted to reduce that number with 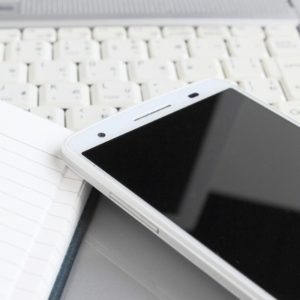 Doze accomplishes this by disabling an application feature known as a wakelock. These wakelocks keep the device from entering its energy-conserving deep sleep mode, as deep sleep can interfere with some applications and functions.

While wakelock was originally intended to allow fitness trackers and similar applications to continue functioning with the screen deactivated, app developers began to apply wakelock to all of their applications, whether they needed it or not. This is precisely the reason that many apps are notorious for being battery-killers–we’re looking at you, Facebook.

So, the useful functionality of wakelock was spoiled by these app developers, essentially eliminating the power-saving capabilities of deep sleep mode. However, the implementation of Doze looks to fix all of that. By disabling wakelocks and network access after the phone hasn’t been used in a while, Doze prevents applications from pointlessly draining energy while still allowing these apps to update during periodic “maintenance windows.”

Android has even enabled users to customize their Doze settings, so that a user can dictate which apps are affected by the feature. To access this customization:

Doze will automatically set almost all of your applications to optimize your battery by default. If there is an app, however, that you need to have connected, you can always switch the setting to Don’t optimize for that app in particular.

Doze even has third-party apps designed to customize its functionality even further. With apps like Doze Settings Editor, a user is able to set Doze to turn off when a phone moves a certain distance–but only if the phone is running Android Marshmallow.

With all of this additional battery life available, do you think you’ll ever have to worry about missing an important call or notification? Let us know in the comments.

Tip of the Week: How to Download All of Your Media From Google Photos